The directorial debut of the legendary Mukesh’s grandson and Neil Nitin Mukesh’s brother, Naman Nitin Mukesh, ‘Bypass Road’ launched its’ intriguing trailer on 30 September 2019 and it is sure to send chills down your spine. 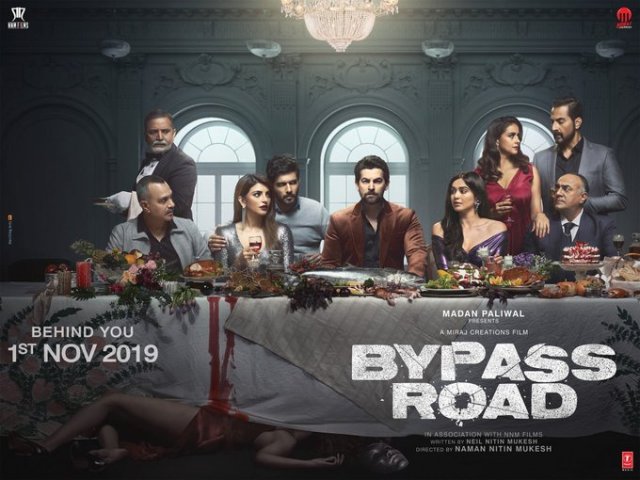 Neil’s foray into Bollywood as a producer with his brother’s directorial debut will feature him in the lead as a wheelchair-bound paraplegic. The actor has also penned the screenplay of the film, which also stars Adah Sharma, Shama Sikander, Gul Panag, Rajit Kapur, Manish Chaudhari, Sudhanshu Pandey, Taher Shabbir, Errol Marks and Mukesh Bhatt

Revolving around a young successful fashion prodigy, the film’s plot gets intense as a sudden turn of events makes the lead protagonist a victim of an accident and also the prime suspect in a murder.

Neil Nitin Mukesh who made his debut with Johnny Gaddaar and since then has dominated grey roles as seen in New York, Prem Ratan Dhan Payo and Saaho states, “. The thriller genre is my forte and it’s rather coincidental that Naman and I both embarked on our film careers with this genre. This has been the best experience in my career to date. I had to undergo a drastic physical transformation for my role and I spent a lot of time with paraplegics to understand the physique.”

Naman Nitin Mukesh adds, “I always wondered why there were limited filmmakers making good thrillers. Home invasion as a subject hasn’t been experimented with to a greater extent and we identified an opportunity there. We hope we can set a new benchmark with Bypass Road.”

Producer, Madan Paliwal of Miraj Group says, “The film has been created to cater to the new wave of cinema and I hope we can set a new example with our labour of love which has a global look and feel to it. This home invasion thriller promises to be a gripping whodunit, a murder mystery that will keep cinephiles gripped to their seats.”