Director Shoojit Sircar’s much-anticipated Hindi film Gulabo Sitabo is skipping the theatrical run due to ongoing lockdown and will release directly on an OTT platform globally. The trailer of the film is out now and expectedly creating a good buzz among the audience. 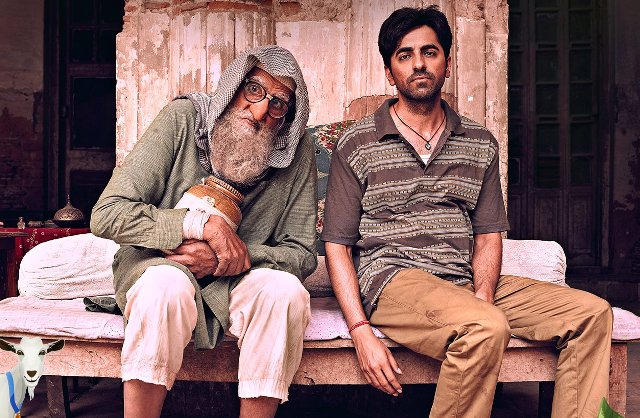 On May 22 at 4 pm, as per the schedule, makers launched the trailer of comedy-drama Gulabo Sitabo. “Meet Mirza and Baankey, a priceless jodi whose bantering goes on & on! Aap khud hi dekh lo! Trailer out now”, they wrote on Twitter.

Less than a 3-minute long trailer features Amitabh Bachchan as Mirza – an aged & grumpy landlord of an old Haveli named Fatima Mahal and Ayushmann Khurrana as Baankey – a young, shrewd & stubborn long-time tenant, who works in a flour mill. Apart from them, it also stars Vijay Raaz, Brijendra Kala among others.

Set in Lucknow, Gulabo Sitabo is a story of landlord Mirza who wants to get rid of his irritating tenant Baankey and in this attempt, he eventually decides to sell the Haveli. But Baankey is against this, as he will be homeless then, so he includes archaeological department in this matter, which starts a legal battle.

At the end of the trailer, Baankey asks Mirza to adopt him, he says “you’re childless & I don’t have a father”. Here the film seems to have a happy ending, but no, Mirza shoos Baankey away by calling him a termite. The banter between the two is quirky and promises a fun ride.

Gulabo Sitabo is set to stream on Amazon Prime Video from 12 June 2020. Produced by Ronnie Lahiri and Sheel Kumar, the film is written by Juhi Chaturvedi, who also wrote Vicky Donor, Piku, October, The Sky Is Pink.