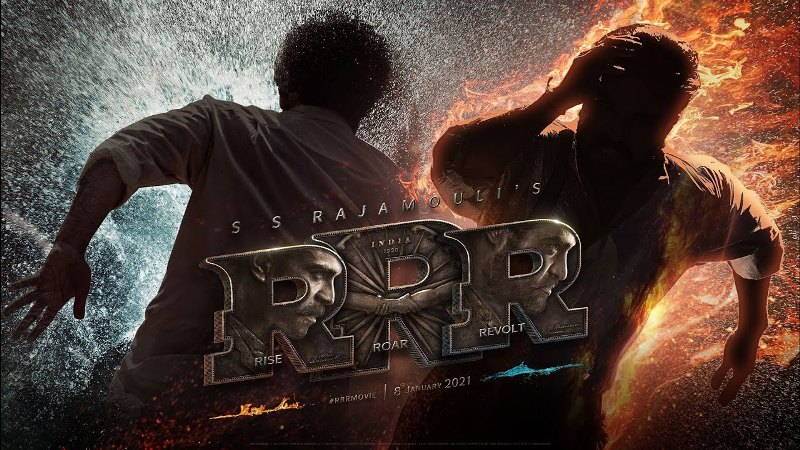 In the time, when the entire country is locked down due to Covid-19 pandemic, SS Rajamouli has launched the title logo of the film along with its motion poster on the occasion of Ugadi i.e. March 25. A day before, he had tweeted, “It’s a time of global crisis. We wanted to do our bit in lifting up everyone’s spirits. We are launching the long-overdue title logo with motion poster”.

The motion poster of more than 1-minute duration shows Ram Charan as an elemental force of fire & Jr NTR of water who come together with enormous power. Rajamouli wrote, “Water douses fire! Fire evaporates water! And the two forces come together with immense energy… to present the title logo of #RRR!!!”.

Pointing to the current situation of the country, he also added, “I request the fans and audience on behalf of my whole team to enjoy it from the comfort of their homes. The country is locked down for a reason there should be no reason for a social gathering”.