After teasing fans for a while with captivating posters, finally, the makers of much-anticipated Hindi biographical drama Super 30 have dropped its trailer with English subtitles on digital platforms. Expectedly, the trailer has created the right buzz for the film and is being liked by all the viewers worldwide. 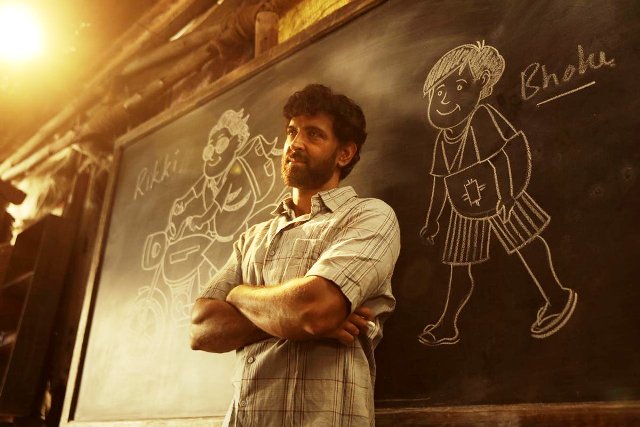 The trailer of Super 30 was released at 1 pm on 4th June and started trending nationwide within a couple of minutes. It features de-glam & physically transformed Hrithik Roshan who looks quite promising as the math wizard Anand Kumar. After Kaabil, yet again he is ready to win our hearts with his standout performance.

The actor took to Twitter and share the trailer with his fans. He wrote, “Not all Superheroes wear capes. It’s the ideas that make a nation. It’s the people who empower it. Presenting one such story from the heartland of India #Super30Trailer”.

The trailer with a duration of 2:37 minutes, begins with the glimpses of Hrithik-as-Anand’s journey from childhood to adulthood. Later it partly reveals the plot of the film, why he decides to start his own coaching centre for poor students to get them into IIT.