Finally, after teasing fans with thrilling teaser & posters, makers have dropped the official trailer of year’s one of the most awaited Hindi film War on Tuesday i.e. 27 August 2019. Expectedly, the trailer has made a solid impact on viewers and undoubtedly can be considered as the best Bollywood trailer in recent times. 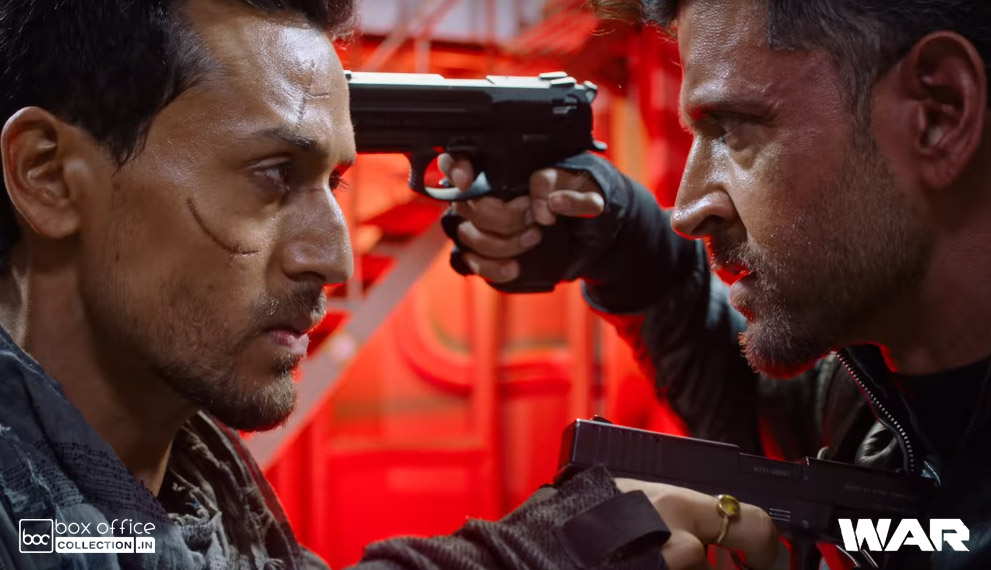 Around two and a half minutes long trailer is loaded with high-octane action scenes featuring the lead actors Hrithik Roshan and Tiger Shroff performing jaw-dropping stunts like the Hollywood star Tom Cruise did in Mission Impossible: Fallout. In simple words, the War trailer is one level up of what you saw in Saaho trailer.

After watching the trailer, one can easily get the idea about its plot which revolves around Kabir (Hrithik) & his protege Khalid (Tiger) who seem like Raw agents and are out to kill each other. The plot is slightly similar to the film Aiyaary but in this upcoming offering, not the student but mentor goes rogue for a purpose which would be unveiled in the climax.

Directed by Siddharth Anand, the Hindi action thriller brings the two fittest actors of the industry Hrithik & Tiger together for the first time. Along with them, it also stars Vaani Kapoor as a leading lady who has a blink-and-miss appearance in the trailer and is seen romancing with Hrithik.

Produced by Aditya Chopra under his banner Yash Raj Films, War is all set to hit theatres on the occasion of Gandhi Jayanti i.e. 2nd October 2019 in Hindi, Tamil & Telugu languages. Being a holiday release, it is positively expected to take a thunderous start at the box office.

Check out the HD Images from War Trailer