The first film of superstar Rajinikanth & Akshay Kumar together 2.0 is all set to take the box office by storm from Thursday i.e. 29 November 2018. Ahead of its release, S.Shankar’s directorial has gained a humongous hype and also getting very positive early reviews from the critics after the special screening. 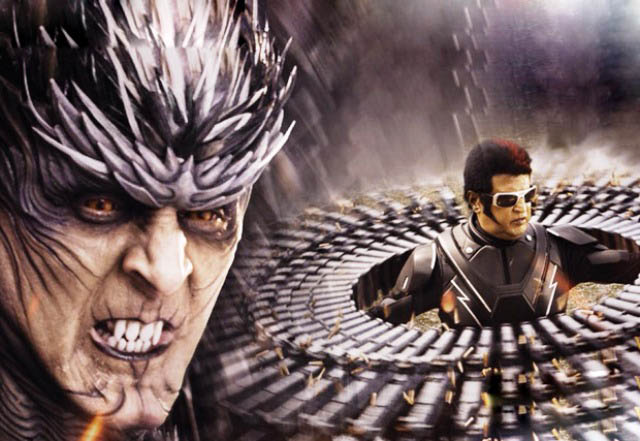 The first tweet review for the biggest Indian film ever 2.0 has come out from the official handle of leading English daily Bombay Times. They tweeted, “2.0 impresses the audience with its spectacular VFX. The movie ensures the best ever climax of the Indian film industry and a gripping storyline. Rajinikanth and Akshay’s this one is a sure sure BLOCKBUSTER”.

Thalaiva’s daughter Soundarya Rajinikanth has also praised this hugely-awaited sci-fi thriller, she tweeted, “OH MY GOD !!!!!!!!!!!!! 2.0 IS OUT OF THIS WORLD !!!!!!!!!”. Too many exclamation marks show the level of her emotion and also raise the excitement of fans as well.

Not only fans but the entire Indian film industry is excited for the release of this magnum opus. After Baahubali, it is the second film from the south that has surely raised the standard of Indian cinema at the global front with its world-class VFX. Due to the sky-touching buzz, it is likely to set new heights at the box office as well.

Having a whopping budget of approx. 600 crores, 2.0 is likely to release on 6500+ 2D & 3D screens across India that includes 4000+ screens for Hindi & rest for its Tamil & Telugu versions. As per reports, the film has registered a record-breaking advance booking and all set to open on an exceptional note worldwide.