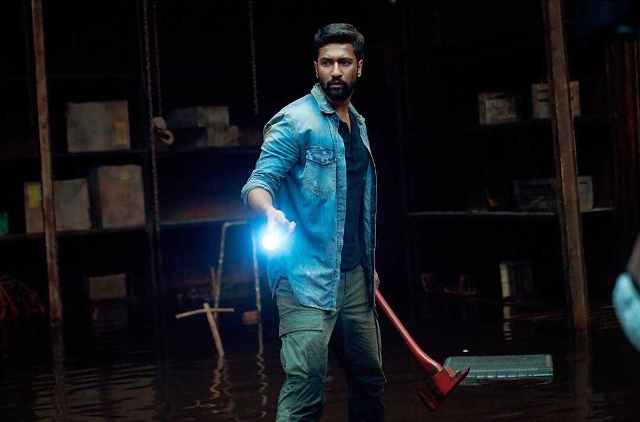 Horror films were surprisingly trending topics in the 80s when Ramsay bros came up with some terrific horror films. They cracked a formula of masala horror films and the mainstream audience went in large numbers to see their films. In recent years we saw a very few horror films in Bollywood touching that high level of popularity. Maybe, the audience was never that much interested in horror flicks or maybe that kind of quality horror film was never made by Bollywood recently to keep the audience interested for such films, either reason from both resulted into making horror genre-less popular in India.

After all this our Indian audience got interested in Hollywood horror films came in last decade and left them spellbound with terrifying experience and going wow over technical accuracy. 2 top production houses like Dharma and Zee Studios noticed this thing and attempted a horror drama in the form of ‘Bhoot Part One: The Haunted Ship’ in Bollywood.

The first film of the franchise ‘Bhoot Part One: The Haunted Ship’ is based on a fictional horror story but the idea starts with the reference of a real event. An unknown ship (Sea Bird) has landed to Juhu beach, Mumbai which is of course haunted by a ghost. A shipping officer goes for an inspection, who has lost his wife and daughter in an accident leaving him with hallucination problem. He smells something is unnaturally wrong on the ship and decides to go for the detailing and solving all the mess. By the end, you get to know all things like what he founds? Why the ghost is there? And what it wants?

Vicky Kaushal as shipping officer Prithvi put up a decent act. His expressions in scary scenes are fantastic but his acting in the rest of the film could have been better. Bhumi Pednekar as his beautiful wife has a very little role and disappears even before you notice her. Ashutosh Rana’s role (Prof. Joshi) is written very roughly and those mantra chants were too obvious in this genre. Talented Meher Vij fits perfectly into Vandana’s character and doesn’t fail to disappoint with her gorgeous face. Akash Dhar as Vicky Kaushal’s best friend Riyaz brings much-needed laughter and light moments in this intense script.

Now coming to the technical parts of the film, the best among all is Sound designing. In every horror film, the sound department plays a big role because that’s the only thing which can scare outta audience with disturbing noises. The combination of Sound designing, Background score (by Ketan Sodha) and Cinematography (by Pushkar Singh) blend a perfect mixture here and will surely make you wince from your seat. VFX work on ghost’s face and ship designing is fabulous. Even after a short runtime of less than 2 hours the screenplay has some flaws. The writing could have been more grippy and intelligent. Generally, such films don’t need unnecessary music and Akhil Sachdeva’s only song in this film, “Channa Ve” comes at the beginning which is actually a correct timing.

Bhanu Pratap Singh lacks the brilliance in story-telling. I will tell you why. The film starts on a slow note and then trickles a proper scenario and then suddenly loses the tempo to spoil the atmosphere it has created just a while ago. This up and down in momentum hurts the overall experience. A ghost, a love story, a redemption, revenge, a hate story, a smuggling racket, a backdrop, a doll, a ship and etc, all these things could have been used and mixed much better than this.

As we all know, Bollywood might fail to match Hollywood level but we have our own universe and our own audience, so anyone trying to compare ‘Bhoot Part One: The Haunted Ship’ with any Hollywood horror film is doing unfair. This should be considered as a fresh attempt in our country rather than making a sandwich of it between comparison and criticism. It’s been a long time that we haven’t seen a situational horror film, all recent films were either overdramatic or too optimistic and this is at least something different.

Vicky Kaushal’s convenient performance and technical brilliance are two watchable things in this film and that’s fair enough to give it a watch. If you love the horror genre, if you want to experience those chilling horrifying moments then there’s is nothing wrong in giving a try to ‘Bhoot Part One: The Haunted Ship’. Overall, a successful attempt by Zee Studios and Dharma Productions and hopefully we will see it getting better with the sequels.