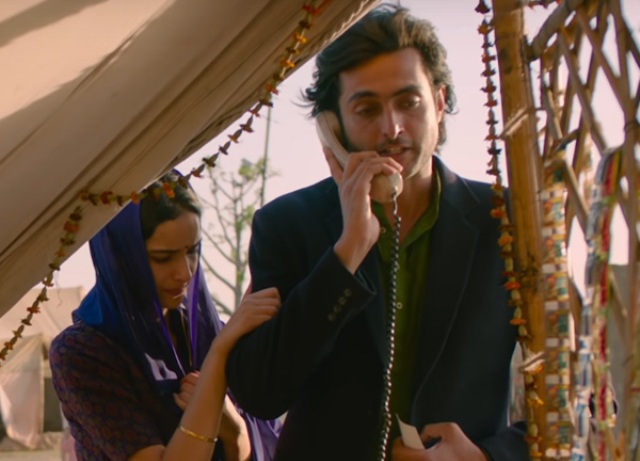 It’s been 30 years since Kashmiri Pandits had to quit their own houses and own state due to national crisis and religious fights. This real story was never brought on the silver screen and that was really unfortunate. Maybe, people feared because of its controversial theme and cinematic fictional changes. Director Vidhu Vinod Chopra dared to take this challenge and deliver a suitable & honest product.

Shikara is based on Exodus of Kashmiri Pandits from Kashmir happened in 1989. Here the story is bounded by a love story of a Kashmiri couple Shivkumar Dhar (Adil) and Shanti Dhar (Sadia Khan). When everything is going great in their married life and they feel settled, the government declares a curfew in Kashmir and they had to quit their own house to save their and their relatives lives. They spend several years in a refugee camp, first in tents and then in quarters given by the government but they always had a hope to go back to Kashmir one day.

Adil and Sadia Khan delivered outstanding performances in their debut. Both of them got every nuance right whether it is looks, accent, body language, detailing etc. People don’t know much about them but I am sure people will remember Aadil and Sadiya for this amazing act in Shikara. The supporting cast includes many people from Kashmir and all of them looks suitable to the script in a cinematic zone.

Shikara is the story of resilience in the face of insurmountable odds. It’s also the story of a love that remains unextinguished through 30 years of exile. A timeless love story in the worst of times. These things had to be shown in realistic manners where Vidhu Vinod Chopra scores high. He kept the detailing accurate and perfectly used all the properties to make the world look real. The era of the 90s, 00s and then 2018 all are formed very well by the production team.

The cinematography of Shikara is Top Class. Probably one of the finest cinematography in recent time. The man behind the camera Rangarajan Ramabadran had a creative eye to see the beauty of Kashmir. Lyrics and music of the film are truly heart-whelming. Music and Background Score team deserves a special mention here, which includes AR Rahman, Qutub-E-Kripa, Sandesh Shandilya, Abhay Sopori and Rohit Kulkarni.

Vidhu Vinod Chopra comes to the direction after a gap of some years but he makes sure that the wait is worth. He dedicated this film to his late Mother and maybe that emotional touch is the main difference between VVC and any other director. Someone else with this film would have gone with fictional changes and spoiled the real tense moments but VVC has done some highly relatable stuff.

He knows that pain and that’s why he could showcase it on the silver screen. The attempt to showcase the struggle and pain of Kashmiri Pandits who have gone through this tough time and are living in other parts of the country now will surely make into watchlist of audience. Overall, Shikara is good one time watch for another audience but very special for some people.