The upcoming Hollywood biggie Transformer 4- Age of Extinction is all set to bang the box office this Friday on 27th June 2014. It is set to be released in 2D, 3D and IMAX 3D worldwide, the $165 million mega-production will reportedly kick start a brand-new trilogy with a complete change of human cast this time. Transformers 4: Age of Extinction, is a new upcoming Sci-Fi action movie which is a 4th edition to the series of Transformers Movies.   It is sequel to the previous edition Transformers: Dark of the Moon, the film starts four years after the Alien Robot invasion in Chicago. It is directed by Michael Bay and produced by Steven Spielberg. Transformer 4 star cast is completely changed from the previous; Mark Wahlberg is playing the lead role as Cade Yeager, a father and inventor, Transformers 4 actress name is Nicola Peltz. Age of Extinction more than delivers on whatever promises Bay makes to an audience at this point with giant robots, giant mayhem, and destruction on a global scale. You know what you’re in for if you buy a ticket, and Bay seems determined to wear you down with the biggest craziest Transformers movie yet. As per the critics this time the film is completely unique and different other than rest of the installment seen in previous years. It’s the robots — endowed here with character-rich physicality and almost human-scaled facial features — who give the film its emotional heft. Helmer Michael Bay continues to evolve ways to make robotic shape-shifting look increasingly seamless and realistic in 3D. Having the film shot  in Hong Kong and China provides a colorful new battlefield as well as an opportunity to cash in on the franchise’s second most lucrative market, and B.O. is expected globally following the pics world premiere in Hong Kong and its public unveiling at the Shanghai Film Festival. It is expected to make total lifetime collection of around 50 Crores+ in India. 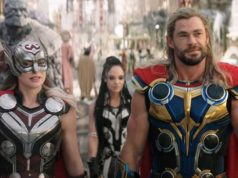