MX Player presents popular celebrity chat show Famously Filmfare goes regional to bring viewers a chance to get up close and personal with regional sensations. In the recent Telugu episode of the show, actor Rana Daggubati has revealed many secrets of his life. 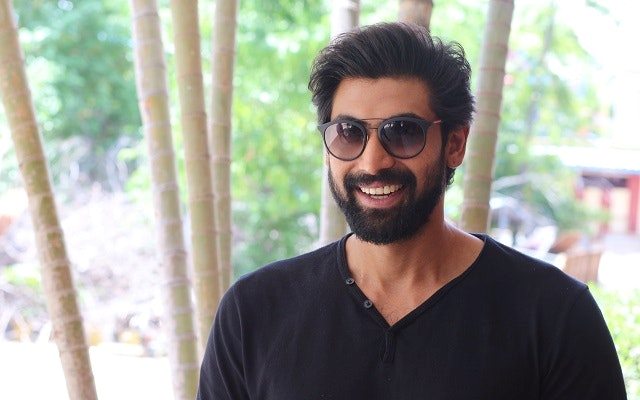 He was doing this film after ‘Mirchi’ and other big hits. Can you imagine how many films he could have done in those five years? How much could he earn during that time? He never questioned that for a second. His integrity, dedication and patience is something that I love about him.

Would you have imagined Rana failing anything?
I failed in my tenth grade

Rana Daggubati changed his marks in his report card
Not just one time, I did that for 2, 3 years. There was one small time in my life where I shifted from Madras to Hyderabad. There you have your guardian, I have my grandfather. And my grandfather never used to care for anything.

The things Rana can’t do!
I can’t dance. I can’t say punch dialogues. I don’t have a punch to punch humour. So, in acting, there are a bunch of things that I can’t do.

Rana Dagubatti grew up on a film set!
At that time, there was no place to hang out. I used to hang out at my school. I studied in HPS, Begumpet. That school was spread across 200 acres of land. More than the classroom, we used to be outside. So, it was a good experience. I used to hang out in a house which was built for shooting films.

We lived in such a house. So, we lived on the first floor and films were shot on the ground floor. I used to eat my breakfast at the set before going to school every day. So, I actually lived in a film set.

Rana is an emotional person
It is just momentary. It’s a big problem with the actors. Emotions are very overrated by nature itself. Because it is only momentary. After a certain moment, it’s done. Something else would come up. I cry a lot when I watch films. We connect with the film, unknowingly and we feel like crying. I don’t often cry in real life, but in films, it’s different.