Like any month, this February also has numerous films to be released at the box office from Bollywood, Hollywood & regional cinema. Here we have included the selected ones which have got succeed to make buzz among the audience across India. 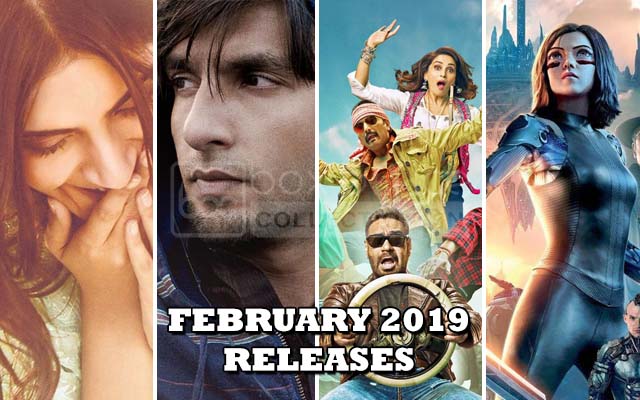 Ek Ladki Ko Dekha Toh Aisa Laga: Directed by Shelly Chopra Dhar, the Hindi quirky romantic drama stars Anil Kapoor, Sonam Kapoor, Juhi Chawla & Rajkummar Rao in lead roles. It is scheduled to release on 1 Feb 2019 and has witnessed good interest of the audience after the release of its trailer.

The Fakir of Venice: Directed by Anand Surapur, the Hindi comedy-drama stars Farhan Akhtar, Annu Kapoor & Kamal Sidhu in lead roles. The film was premiered at Indian Film Festival of Los Angeles in April 2009 and after 10 years releasing in theaters on 1 Feb 2019.

9 Movie: The first Malayalam venture of Sony Pictures India in association with Prithviraj Productions stars Prithviraj Sukumaran in lead role. Amid the good buzz across Kerala, Jenuse Mohamed’s directorial is all set to release on 7 Feb 2019.

Alita Battle Angel: From the makers of mammoths Titanic & Avatar, Cyberpunk action American film is making a good buzz from the last year and finally getting released on 8 Feb 2019 in English, Hindi, Tamil & Telugu across India, one week ahead of its US release.

Yatra: The Telugu biographical drama based on the life of Y. S. Rajasekhara Reddy aka YSR stars Mammootty in the lead role. Directed by Mahi V. Raghav, the much-awaited film is all set to release on 8 Feb 2019 in Telugu, Malayalam & Tamil languages.

The Lego Movie 2: The direct sequel to 2014’s The Lego Movie & the fourth installment from the franchise is set to release on 8 Feb 2019. This computer-animated sci-fi comedy film is directed by Mike Mitchell.

Gully Boy: Directed by Zoya Akhtar, the much-anticipated drama Hindi film stars two powerhouses of talent Ranveer Singh & Alia Bhatt in lead roles. Scheduled to be released on 14 Feb 2019, it has a very good buzz among the fans as well as the audience.

Kala Shah Kala: Directed by Amarjit Singh, the Punjabi romantic comedy stars Binnu Dhillon & Sargun Mehta in lead roles along with several renowned faces of Punjabi cinema. It is all set to release on 14 Feb 2019 and has good buzz across Punjab & Delhi.