After a blockbuster April, there are many awaited films from mainstream & regional cinema to be released in the month of May. The new month is going to be very entertaining for the South Indian audience also, as two biggies from there- Maharshi & NGK are all set to hit theaters. 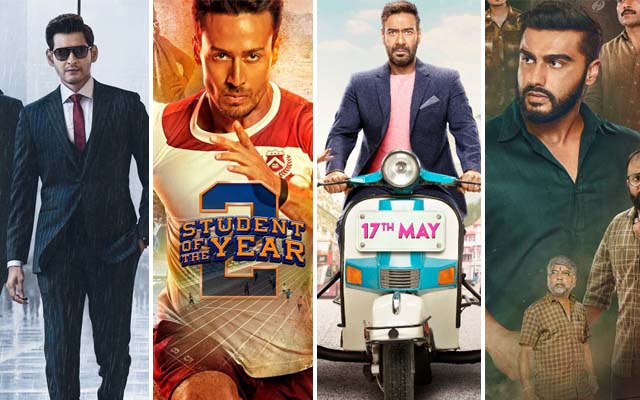 Blank– Sunny Deol & debutant Karan Kapadia starrer mystery drama was released on 3 May 2019. Directed by Behzad Khambata, the film follows a terrorist who plans to bomb Mumbai along with his compatriots.

Maharshi– Directed by Vamsi Paidipally, it is the much-awaited Telugu offering of superstar Mahesh Babu. The film is set to release on 9 May 2019 & also stars Pooja Hedge in the lead role.

De De Pyaar De– After Total Dhamaal, superstar Ajay Devgn is coming back with another comedy co-stars Tabu & Rakul Preet. Directed by Akiv Ali, the rom-com will be released on 17 May 2019.

John Wick 3: Parabellum– The much-awaited third installment in the John Wick film series is all set to hit theatres on 17 May 2019. Directed by Chad Stahelski, the American action thriller stars Keanu Reeves in the titular role.

India’s Most Wanted– Raj Kumar Gupta who directed Raid is back with his next thriller drama starring Arjun Kapoor. Fox Star Studios’ presentation is scheduled to be released on 24 May 2019.

PM Narendra Modi– After getting banned by the Supreme Court till the end of Lok Sabha Elections, the biopic of Prime Minister Narendra Modi is now releasing on 24 May 2019. Directed by Omung Kumar, it stars Vivek Oberoi in the titular role.

Aladdin– The live-action remake of Disney’s 1992 animated film with the same title is releasing on 24 May 2019 in India. Directed by Guy Ritchie, it stars Mena Massoud, Will Smith & Naomi Scott.