After a terrific opening weekend, the much-awaited Telugu movie of the year, Maharshi is heading steadily on weekdays despite the mixed word of mouth. Superstar Mahesh Babu, Pooja Hegde & Allari Naresh starrer film is getting good support from fans across the globe. 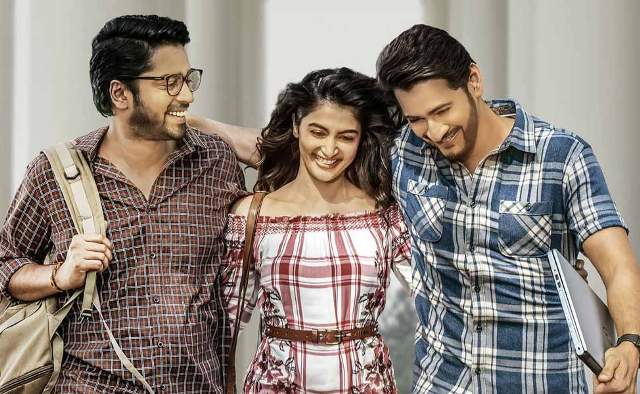 Directed by Vamsi Paidipally, the Telugu action-drama has unfortunately got failed to impress many critics and received mixed reviews. Still, it got succeed to attract the major audience toward theatres and all set to emerge as the next blockbuster of Mahesh Babu.

Maharshi was hit the screens on Thursday amid the great excitement of fans and expectedly registered a tremendous opening with 34 crores gross from Andhra Pradesh & Telangana. Afterward, it had witnessed a heavy drop but still managed to remain overall strong.

On Friday, the 25th film of Mahesh Babu raked the business of 10.88 crores, while grossed 11.38 crores on Saturday & 11.49 crores on Sunday. After the 4-days extended weekend, its total gross collection was recorded at 67.75 crores with 49.15 crores shares from the Telugu states.

Now Maharshi has entered on weekdays and still has a good hold over the audience. On Monday, it minted the amount of 6 crores after a drop of 44.85% vis-a-vis Friday. Then on Tuesday, the film bagged 4.75 crores and raised its 6 days total collection to 78.50 crores gross with 56.44 crores shares at the AP/TS box office.